The Sage hit by a nerf

This is a very little release, the new character was way too strong and buggy. So, the biggest change is his nerf and fixes.

The problem was the Sage's neutral special, the powerful punch. It was way too easy to land, and ensured a KO each time.

The hitboxes when charging his punch made it a super fast attack. They are removed completely, ensuring the opponent can react to the move.

The punch is still the most powerful attack in the game, but not guarantee a KO from the middle of the stage ... Not until your opponent is at 60% damages.

The Knight animation appears only if the Sage is on his last stock. When the Knight is here, the punch pierces through your opponent's shield.

The punch animation has been modified to show its windbox. When hit by the windbox instead of the hitbox, the opponent is "gently" pushed.

Punching your opponent's weapon will not score you a hit anymore.

Windbox's physics has been improved.

Not related to the punch, but alternate skins of the Sage have been changed, his magic is now always distinct from his body. Without that, the shielding and side-special looked weird.

This is something I wanted in the game for a long time, but only recently found a nice way to integrate it: Characters' portraits now have the same colors as your character. 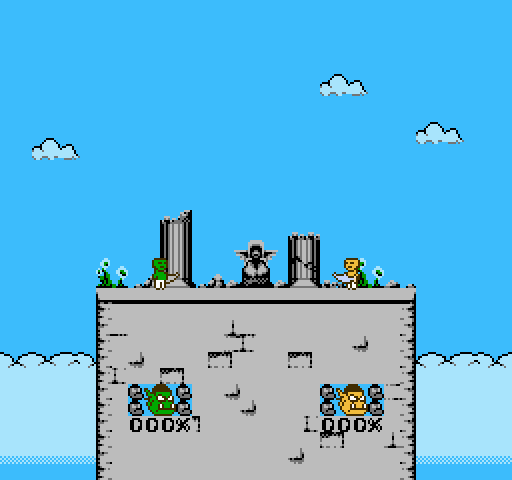 When spamming "A" in a cutscene to speed it up, you may crash the game. This is not possible anymore.

Pro-tip: Use the START button to skip a cutscene entirely.